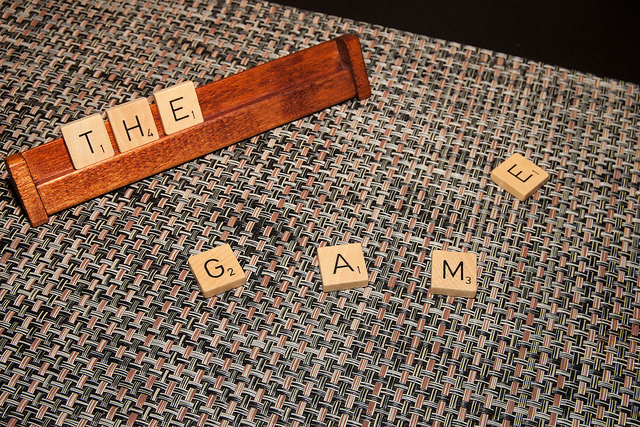 It was Scrabulous (an unlicensed Scrabble-type game) that got me hooked on Facebook – I liked that I could play games with far away friends and maintain relationships while doing so. iMessage now offers you the same way to stay in touch with lightweight in-message games on your iPhone or iPad. Here’s a short selection of some of the best games to try. 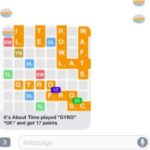 That Scrabulous link led me inexorably to Words For iMessage, a lightweight Scrabble game that’s clear, easy to use and great fun. The last message features your opponent’s last action and an overview of the board. 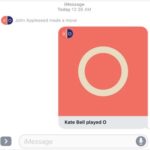 You couldn’t get simpler than a good old game of noughts and crosses and that’s precisely what you get in MsgMe TicTacToe. Gameplay is simple, tap to open the game, tap again to play and tap one more time to send your move. There’s also a Nudge button to remind people to take their move. The same developer also offers a word guessing game called (oddly) WordGuess. 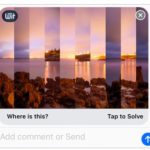 This is a puzzle game. You create puzzles from any photo you have on your iOS device and send them to friends or family. Recipients solve the puzzle and send the results back including the number of moves it took to resolve. Take a look. 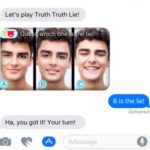 I think people will love this game. It lets you record three short video clips, two in which you tell the truth and one in which you lie. You can send these to your friends who must then guess which statement is false. It’s the kind of game to make and break friendships, which is why it will become popular. 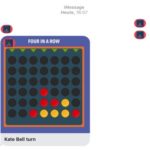 Four in a Row

This game is ludicrously easy to learn while also being insanely hard to play. The objective is to connect four counters in a row while preventing your opponent from doing the same thing. It is quite an intense game which is why it makes such a great iMessage pastime, get it. 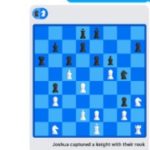 Traditional games are rightfully well represented in the new iMessages and Checkmate ($0.99) is one of the best. Just start a game in a conversation and engage in a little trash talk while you try to prove yourself smarter than Watson. 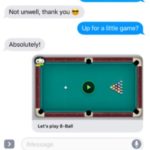 This free collection originally consisted of eight different games includes 8-ball, Poker, Sea Battle, Anagrams and Gomuku. I particularly like Sea Battle, as I’ve always been a fan of the game it’s based on, Minesweeper.

At the time of the original release, the developer promised lots more games, and indeed he’s delivered on that commitment — you’ll now find 22 games you can play in Messages thanks to this app, including popular items like Tanks. I think he’s done a great job!

Here’s a short trailer to show how it works:

The great game to come

While all these games are great little titles to pass some time with your friends, I think we’ll see some unique titles in future. That’s inevitable if you think about it: Not only does the iPhone have location, identity, and communication baked inside, but the potential to meld this into new and unique iMessage gaming scenarios is surely clear to see. All we need now is for developers to build the title that defines gaming on Apple’s messaging platform. If you are working on that game, please get in touch.