Will your iPhone soon be the only music you ever need? 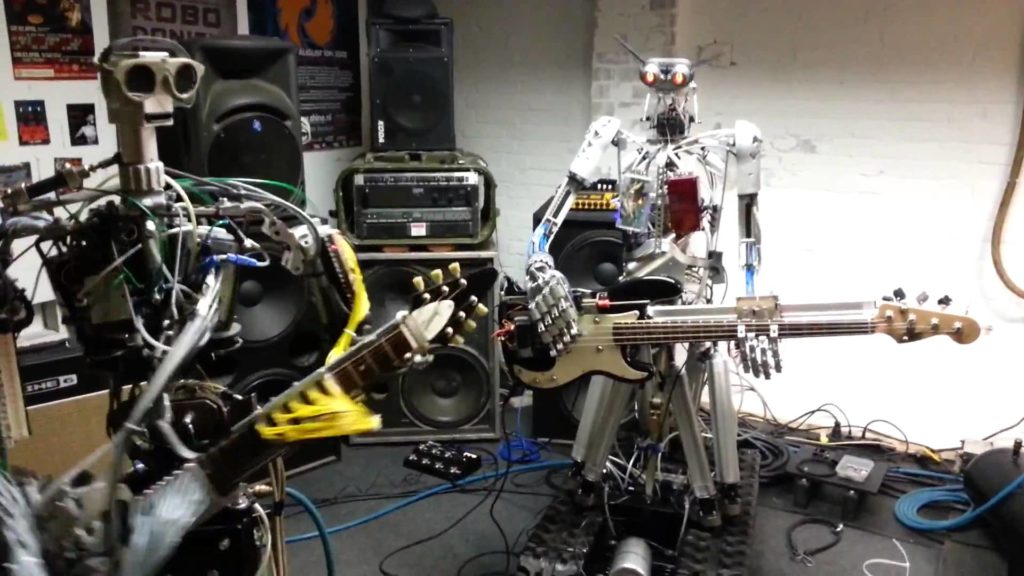 I love music, me, and I’m not convinced that iOS can replace people like Bob Dylan, Lilly Allan or The Beatles — but IBM’s Watson team is working on something that just might help fill the gaps in your collection (and it’s only the start).

This interesting article tells you what’s what:

“Watson only needs about 20 seconds of musical inspiration to create a song. Daskas at one point played a few chords of “Twinkle, Twinkle, Little Star” and Watson transformed it into an entirely new song featuring a sitar. But in each example, you could still hear the original song Watson drew inspiration from, keeping alive the human contribution.”

So, Watson listens to twenty seconds of source material and creates a song.

“For artificial intelligence we are entering into this new realm where we are trying to make computers more creative… Something that can inspire you to write a book or create a new recipe. You want your Watson to be able to help you with that.”

Now, I’m not one to be too alarmist, but you must see here that eventually these intelligent machines will be able to replace (or at least, supplement) human efforts across every walk of life, blue collar, white collar and professional jobs — from factory and warehousing jobs to driving your car; from heavy haulage to deep sea exploration; from cab driving to writing your newspaper, giving legal advice, in the operating theatre or writing a book.

If you think you’re part of the squeezed middle today, just you wait.

When it comes to your iPhone, of course, it’s a no brainer that a few strands of music that you like will generate playlists based not just on the music you love, own or that is recommended to you, but also of brand new computer-created tracks to fill the gaps between. There’s good and bad in this of course, but for me the principal concern, given the huge scale of global wealth inequality, is how anyone but the very top strata will be able to access anything at all?

In very simple terms, this is why I’m in favour of a Universal Basic Income. It is also why I’m in favour of free education, as in a leisure economy rather than brutalising the many who go without, surely it makes more sense to enrich their minds in order to raise the state of the entire human condition. We have the potential to unleash a new age of human ingenuity and cultural creation the like of which this world has never seen.

Unfortunately doing so will cost money, a lot of money, and on the basis of the last few decades it appears those who have such wealth are pretty unwilling to share it out.

These are the kind of questions easily raised when you stop to think about the nature of a hyper-connected, smart device and smarter machines reality.

It starts with the music in your phone. It ends with the doctor in your surgery.