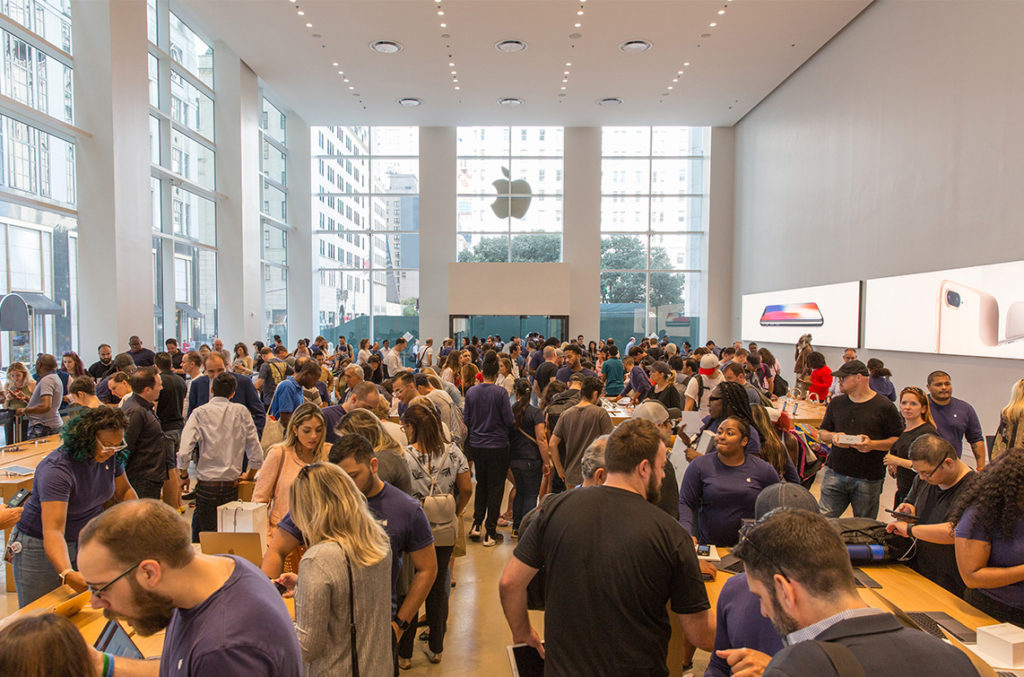 An astonishing 64 percent of Americans own at least one Apple product, the latest CNBC survey claims – that’s up from 50 percent just 5 years ago in 2012.

The company’s products are in most homes, incomes, among most ages, races, and genders – though older and less wealthy people are less likely to be part of Apple’s America.

“The wealthiest Americans own 4.7 products per household compared with just one for the poorest,” CNBC reports.

“I cannot think of any other product – especially any other product at a high price point – that has that kind of permeation with the public and level of growth,” said Jay Campbell, pollster with Hart Research, which conducted the survey along with Public Opinion Strategies.

Platform for the people

With a U.S. population of 323 million, that’s a lot of Apple products.

Now think on this: Most Mac users seem to run High Sierra, while it is traditional to find c.80%+ of iPhone and iPad users are on the most recent OS within a few months of a new OS release.

Combine those stats with CNBC’s data, and it is easy to imagine the magnitude of the potential market Apple now has for services in the U.S., from iTunes to Apple Music, movies, books and beyond. A market developers can also explore, thanks to the App Store.

The global pattern may not be exactly the same, but with over a billion iPhones sold, it’s arguable that Apple’s services market can potentially reach a hefty slice of the planet’s 7.6 billion population, giving it a very powerful platform from which to explore, develop, and introduce new service offerings.