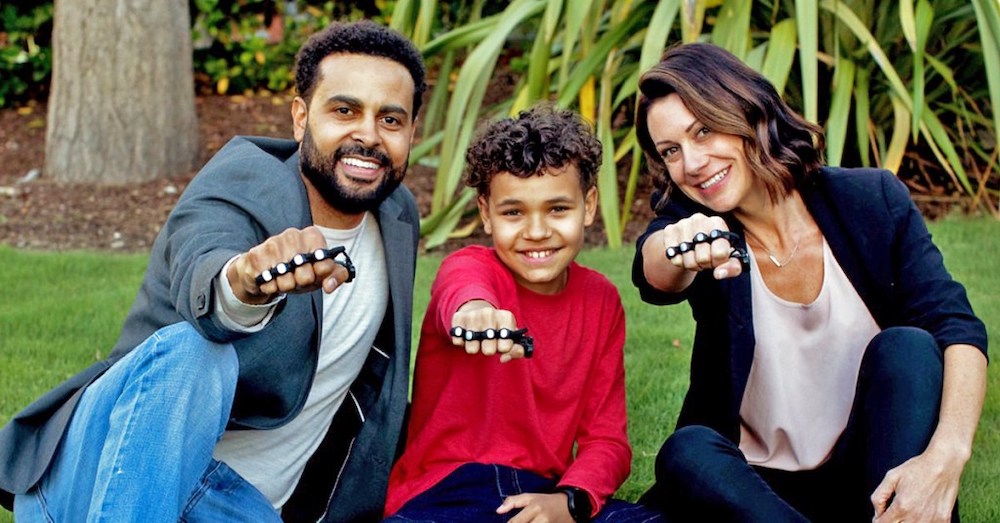 I’m interested in how user interfaces are evolving as we migrate from GUI-led computing into technology interactions based on context, gesture, voice and movement.

In part this is because it is inevitable computers will develop in this way, and also because I battle with a condition called Repetitive Strain Injury (RSI).

That condition means I do spend time exploring alternative computer interfaces, and it is why I believe Apple’s Voice Control is a real step forward – and is also why I took a look at the first generation Tap, a wearable system the manufacturers hope will let you leave the keyboard and mouse behind.

I’ve been toying with the first-generation Tap ($149) for a few weeks.

The developers behind the system say it can replace the mouse and keyboard on any Bluetooth device, including Macs and iPads. It is quite important to point out that Tap 2 is available now, and this works a little differently – it allows you to gesture in mid-air, rather than using a flat surface as Tap 1 requires.

What does Tap do?

What Tap does is replace the keyboard and mouse with a series of rings you wear on one hand. You use the ring on your thumb to replace the mouse, while those on your fingers emulate keyboard taps.

The idea is that you can interact with almost any Bluetooth system (iPhone, iPad, Mac) without using a mouse, trackpad or keyboard.

And it (almost) works.

Tap in the box

Tap works with a system of rings you wear on your left or right hand. All five rings are connected, with the thumb ring doubling up as a mouse replacement.

The idea is that Tap lets you, uh, tap characters to type by tapping out rhythms with individual fingers.

The idea also is that Tap also lets you use the larger thumb ring as a mouse replacement – just slide it around a hard surface.

In theory, this means you can work on an iPad as if using a keyboard and mouse with no keyboard and without a mouse.

To charge it up you just need to pop Tap in its case, which doubles as a wireless charging unit. Each ring is magnetically placed against a small post inside the case so they don’t move around when you do, while the thumb ring has contacts which draw power.

That’s version one. Version two of the Tap doesn’t require the hard surface and lets you control your computer by wriggling your fingers in the air, like Minority Report.

On an iPad/iPhone you use the device in conjunction with the Tap app, and suddenly your tablet/smartphone seems even more like a next-generation computer..

How to learn to Tap

There’s a real learning curve to Tap. The interactions don’t feel at all natural at first, but the developers have put a great deal of thought into the on boarding process and provide a collection of applications to help bring you up to speed.

One of these applications is called Tap Genius, which teaches you the different taps, gestures and fingers you need to type numbers, words and punctuation. I was surprised how quickly I picked up the gestures in the learning system, which is a little like Mavis Beacon for typing with Tap.

Learning was made a little easier on strength of the developer’s decision to make sure that the letters we use most often are also the ones you need to use the least complex gestures to tap. This use of gestures also makes it inevitable that some words will be easier to type (tap?) than others, and I still don’t get every word right first time. 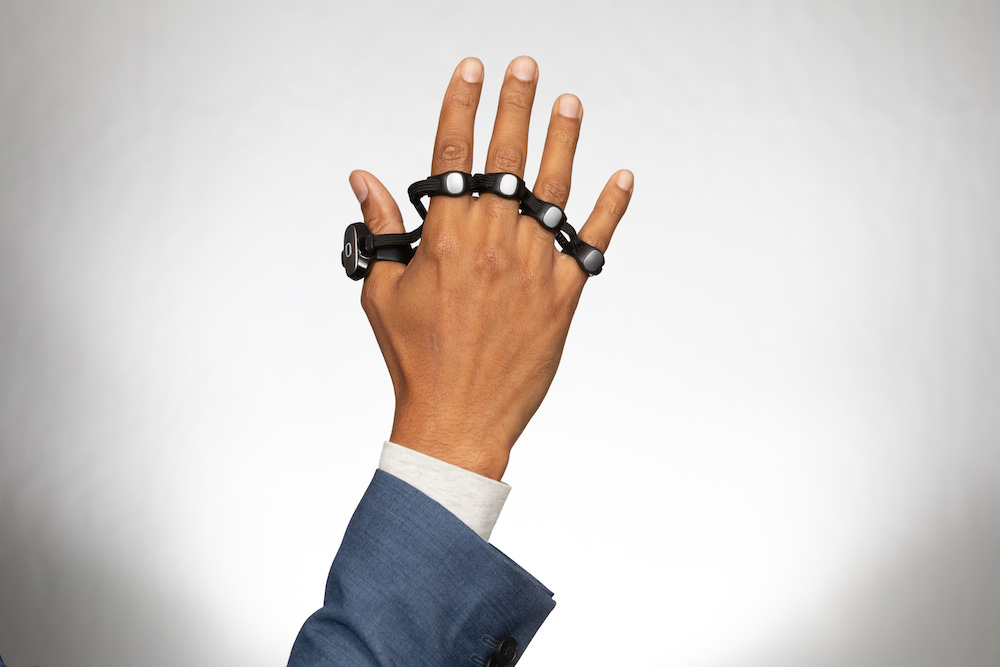 A Tap on a hand

The thing is, I’ve found the error rate quite high, particularly when attempting to tap complex words, and use requires a level of dexterity that I find a little challenging due to my arthritis-related condition.

I also found that Tap likes to work at its own speed. Type too fast and the system begins to make mistakes. That’s not necessarily a bad thing for many people, but does mean that at this stage in the evolution of the software you won’t be replacing your keyboard for intensive typing work.

You are meant to be able to use Tap like a mouse using the larger button on the side of the thumb ring. I found this unreliable.

I was very optimistic when I first heard about Tap, and while using the first-generation product doesn’t convince me that it is time to leave the mouse and keyboard behind, it does convince me that the developers are on the right track.

The limitations seem to be in the technology, and with the second version of Tap now available my feeling is that the previous product should be seen as a mark on the road.

I also think the developers have done an excellent job developing a highly effective gesture learning and recognition system for their product. They’ve even created a set of games to help you learn how to use Tap.

In essence, what Tap represents is an interesting movement toward a brand new user interface, and I think these developers have identified some of the challenges to delivering that new UI.

Does it replace the keyboard and mouse? Not in version one, I’m afraid, but I’m far more optimistic concerning v.2, in part because there will be much less need for a hard surface to move against.

Does this solve the finger dexterity requirements?

I don’t think so, but as gesture sensors improve I imagine the amount of dexterity required to use systems like these will also shrink.

And it’s easy to imagine using a system like this – even an Apple Ring – in conjunction with a pair of AR glasses in order to create a computing experience that is almost completely virtual and limited only by the processor power of the system you keep in your pocket.

There are lots of solutions for those who want to find new User Interfaces.

Apple supports Voice Control, Switch Controllers, Siri and more, and you can find an array of different point and selecting tools in almost any computer store.

Tap 1 is another to the list, and I think it may be all the interface some users need – though I can’t help but anticipate improvements in the months ahead.

Right now, I’d recommend one of these as one of the alternative control systems anyone who really needs to find a new UI (particularly if they encounter early signs of RSI/Carpal Tunnel) should use to give your hands a new set of repetitive movements.

(Advice broadly for conditions like these is to change your mouse and keyboard regularly).

I’d also recommend a Tap to anyone who is interested in thinking about the user interfaces we’re all going to be using more across the next few years. To paraphrase someone quite famous who some readers will probably recognize:

“Keyboards will be trucks”.

The just announced Tap 2 is the next phase in development of this new UI, and I think will extend the paradigm even further.

Tap is certainly a MUST for futurists, but isn’t quite ready for the mass market (yet). All the same, it’s an interesting set of ideas that bravely goes where user interfaces have only recently been able to head.

One day this will no longer be the future.

I truly believe the kind of user interfaces suggested by Tap will be part of future human/machine interaction. This product is a weather vane, and shows the direction of travel….