Siri and the future of banking 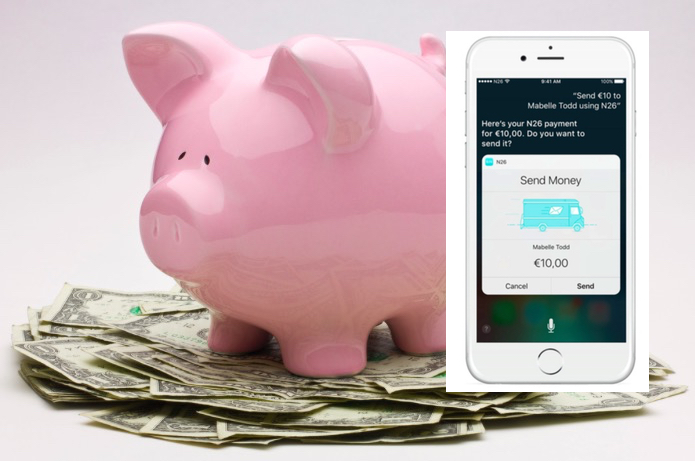 Have you ever wanted to give your kid twenty bucks but gotten frustrated using your online banking system? Things are about to get much easier, thanks to Apple, Siri and new banking technologists. Now one bank has just created a system that lets you pay up to €25 to another person just by using your iPhone, Siri and your voice.

Germany’s N26 bank just announced its system and it’s a fantastic example of how third party developers will be able to use Siri to make things happen.

In future you’ll do all your banking this way. Traditional banks will need to raise their game.

Here’s a detail from the press release:

“Berlin, 13 September 2016 – Coincident with the release of Apple’s iOS10, N26 now offers its users access to the new advantages of Siri and iMessage: Starting today, they can transfer money to friends within seconds. To do so they simply have to talk to Siri. Moreover, they can request money from their N26 contacts using iMessage with only a few taps. Transfers up to 25 EUR per transaction and 100 EUR per day are possible. In order to use these features N26 users need only to download the latest iOS Apple update.1 N26 is the first bank in Germany to offer payments by voice command.”