Should Tim Cook Have the Power to Decide Fake News? 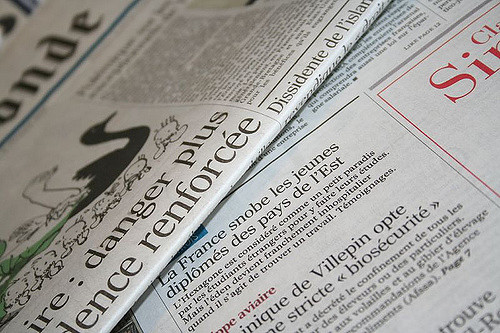 Apple’s big chiefs are climbing aboard the ‘fake news’ bandwagon, with both CEO Tim Cook and senior vice president of software and services, Eddy Cue making noises that sound like censorship.

Tim Cook said in an interview that fake news is “killing people’s minds” and called for a “a massive campaign” with tech firms to fix it. And Cue told the Code Media conference: “We’re very concerned about all the clickbait and how that’s driving a lot of the news coverage.”

“All of us in technology and services own a responsibility for it. We don’t have all the answers by any means. We need to work on it,” Cue said.

That’s all well and good, but what exactly is “fake news”?

What is ‘fake news’?

Or all, or some of the above?

I don’t see a definition, and think it’s a decision that should involve everybody, not just the leaders in their ivory (sometimes golden) towers.

As I watch the rich, powerful, and political climb aboard the fake news bandwagon I can’t help but feel a sense of alarm. Who are they to decide? I think most of them are fakes, so I don’t want them filtering my reality…

I do know that one of the terms of reference that remains popular among these mainly white, mainly middle-aged men who run the world has been the idea of separating ‘professional’ journalists out not just by professional experience and professional body membership, but also by which media organisations they work for.

“Approved” media becomes real. Even if it is the Daily Mail (which some say isn’t). Everyone else, then, is defined as “Fake”.

Do you think the ‘approved’ media is real?

I have a problem with this, as media ownership consolidation means  independent voices will be silenced as they would not have the status of ‘professional’ under that definition.

I know big corporations have sometimes dreamed of such a future, and I reject it. I don’t think we can trust the corporations, or the politicians, to decide what fake news is. I am not alone in remembering some big issues in reporting — Think Secret, for example.

I think tech firms should find another way to define what fake news is, and allow the power to rest with news consumers,  and I think that means turning to the power of social media:

Encourage critical thinking and create a framework that enables users to assign a credibility score that works across every platform. Think of it like a Facebook Like button, but one in which you got to say “Believe, not sure, disbelieve”.

Think what this may reveal when it comes to some recent U.S. stories. What would the credibility score be for 45’s Twitter account? Quite low, I feel.

The power of crowds should be empowered create its own filter for fake news.

Fake news — and belief in it — is a social symptom of a world in which critical thinking is insufficiently fostered, rather than a technical problem. Tech can provide a useful solution, but tech firms have no actual right to decide what ‘real news’ is.

Allowing other people — even Tim Cook — to decide what fake news is is to hand over too much power to filter the stories of the world.

Fake news may be a problem, but we solve problems. by finding solutions. We don’t solve problems by inviting unaccountable censorship to a technology that should provide great enlightenment to this world.

As the online world becomes more balkanised, it’s really becoming as if the Internet never happened. That’s really not ideal.