Rare Steve Jobs-signed copy of ‘Fortune’ is for sale 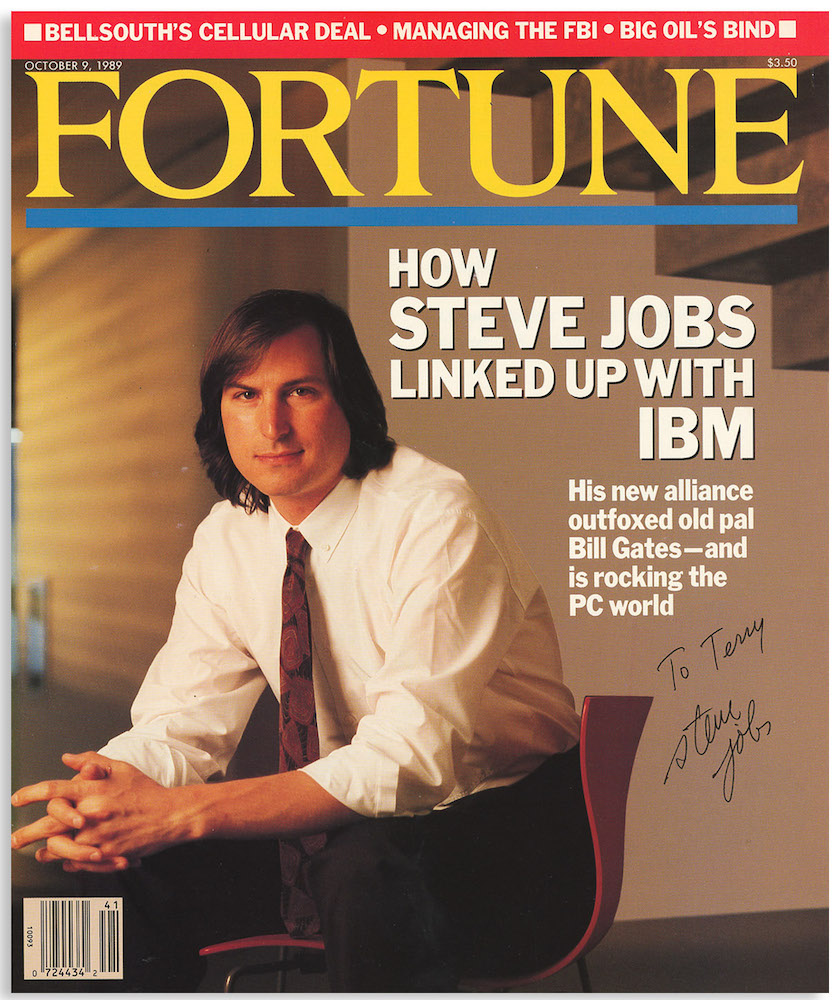 Steve Jobs signed a copy of Fortune Magazine – for his chauffeur – back in or around 1989, and the relic is up for auction by Nate D. Sanders Auctions on July 30, 2020.

The magazine appeared shortly after the launch of Jobs’ new company NeXT, Inc. Jobs signed in black ink, ”To Terry / steve jobs”, with his characteristic lower-case signature, next to his cover photo.

The story of the signature does rather reflect some of the Apple/NeXT founder’s weaknesses. Terry drove Jobs around for several years before asking for the autograph, which Jobs agreed to do — only to call the limo company after his drive to complain about the autograph request.