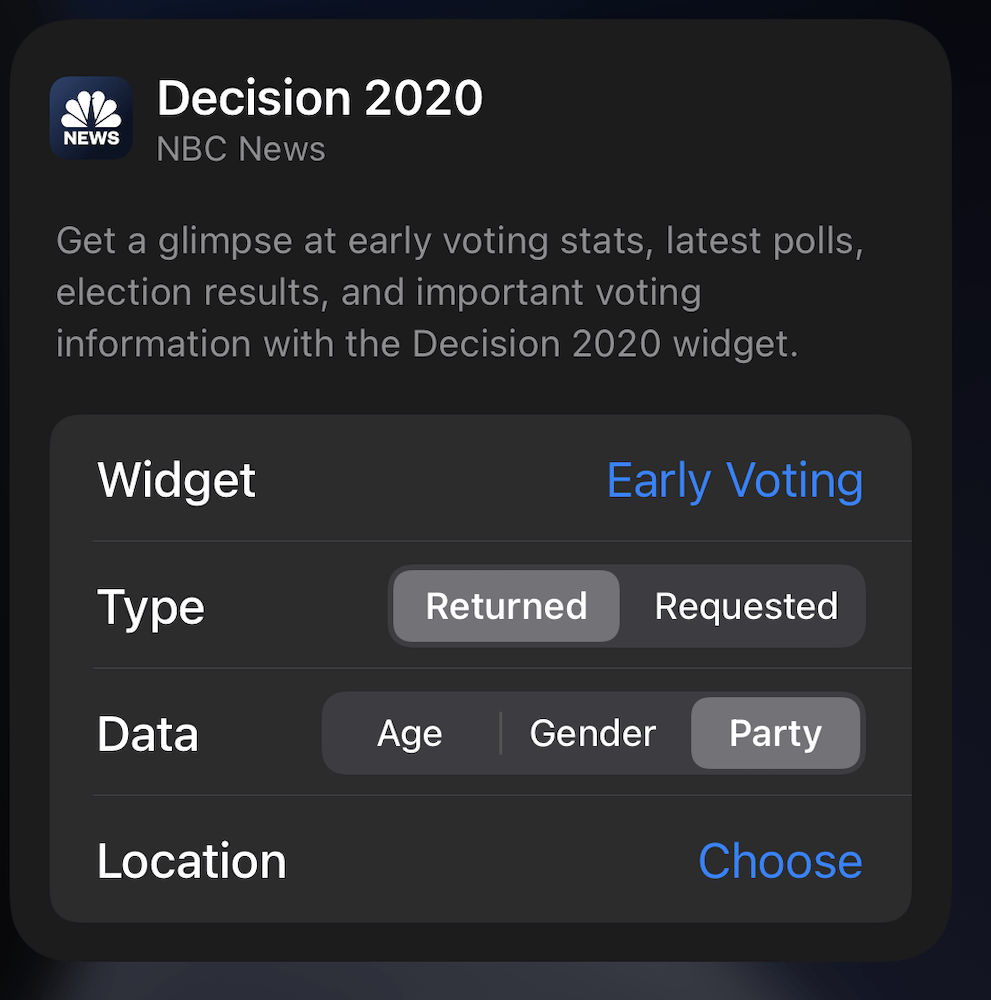 If you are addicted to election news, NBC has a little something for you in the form of its newly introduced Election widget app for iPhones and iPads.

The app is available as a widget for iOS 14. To get it, you must download the NBC News app and then install the widget as described here.

When you do you’ll be given a series of widgets you can choose to use, including:

NBC is also offering location-aware push notifications to app users who request them.

These geo-targeted alerts will keep users updated on local voting and how the national results are looking in that state.

Apple is offering its own curated collection of Election 2020 reports via Apple News.