Keeping Hell Frozen Over iTunes is Coming to Windows Store 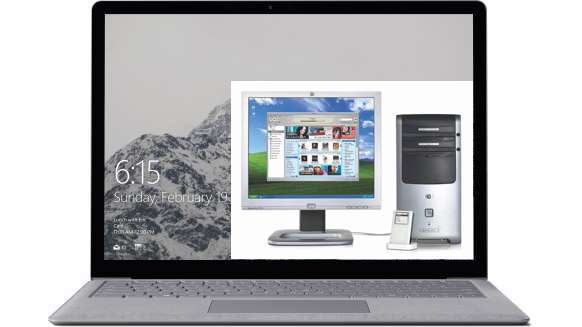 Apple seems deadly serious in its quest to diversify its income and build a new powerhouse in services, with Microsoft today announcing plans to make Apple’s iTunes service available on the Windows Store by the end of this year.

For existing iPhone users stranded in the Windows universe that may not be such a big deal — the app will apparently offer the same experience that the existing Windows app provides (though potentially with the addition of any iTunes enhancements the company may make this year.)

What makes this interesting is that as a full-fledge Windows Store member, Apple will be able to offer its application to Windows 10 S systems, such as the recently revealed Surface Laptop. That means that an iPhone user will be able to sync their device with a Surface Laptop thanks to this soon-to-ship app, which they can’t do at this time as you an’t run non-Windows 10 S apps on those systems.

iTunes has been available for Windows since 2003 when it was made available to help boost iPod sales on that platform. That, and the subsequent tidal wave of iPhone sales, means millions of Windows users likely use an Apple mobile device, and as those systems (and Microsoft) become more committed to the company’s new ‘S’ strategy, Apple had to support the platform to keep those users sweet.

However, I see a wider significance to this, particularly in light of previous Apple statements that it is interested in providing more services for more platforms. The question after all remains: what other services can Apple bring to other platforms? Messages seems an obvious one, as does FaceTime, particularly if it becomes a multi-user conferencing service.