John Sculley on Steve Jobs: ‘People Never Think How Close We Were’ 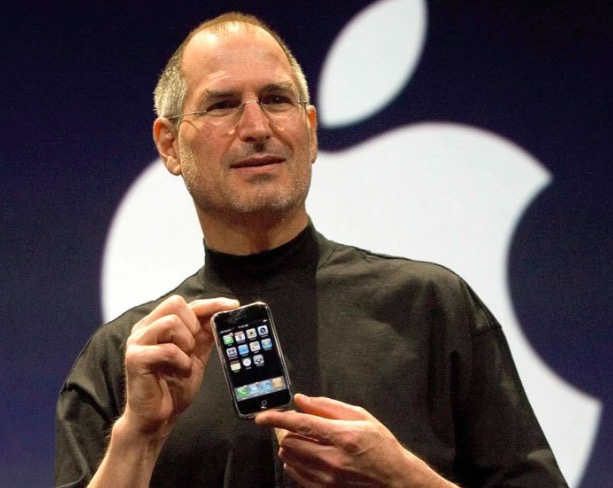 The people behind a movie about the ouster of Steve Jobs from Apple are still seeking funding to put it together, and while I can’t vouch for them (because I do not know them), I can say that I think this could be an interesting idea – and would make a refreshing change from the second-rate movies about Steve Jobs we’ve seen so far.

As you can see, the promo for the film features an interview with John Sculley, the Pepsico guy Steve Jobs bought to Apple, who eventually kicked him out the company. “We were inseparable for almost three years,” said Sculley.

“Steve Jobs was not a monster, he was a genius,” he said, pointing out that so many of the movies and books we’ve seen about this iconic moment in the Apple co-founder’s career are far too simplistic in their approach.

“People only think of the breakup, they never think of how close we were for three years.”

So, what’s the film?

Essentially the team are seeking funding to speak to all the surviving people they can about this time in Jobs’ life. “We are going to capture the contradiction of this event, the controversial path that led to such a tough decision: we want you to know how you would feel “Firing Steve Jobs”,” they claim.

Now, we know this was a deeply traumatic time for Jobs — yet we also know it prompted him and those with him to create the operating system (NeXT) that eventually became the OS we are still using today in macOS, iOS, tvOS and watchOS — all of these are based on the same thing. Perhaps the ouster from Apple was necessary to fire up the creative spark that put in motion those events?

The movie is only focused on that moment of the ouster.

The movie makers seem to be claiming they have got interviews with John Sculley, Mike Markkula, Steve Wozniak and many others.

“Along with this two main characters the film will feature a huge panel of digital revolution stars we had the chance to met in these years of development: Steve Wozniak, Andy Hertzfeld, Larry Tesler, Jay Elliot, Paul Terrel, Chuck Peddle, Alvy Ray Smith, Steven Levy, Alan Cooper, Stan Veit, Michael Swaine, Paul Freiberg, everyone of them giving their personal account of the rise of Apple, the MacIntosh development years and the confusion of the early nineties,” they said.

They want to take these first hand accounts to build a film with a much deeper, more nuanced perspective around these events than the somewhat over-simplified narrative we’ve had so far.

Given the people the movie makers have already spoken with I can’t help but think this sounds like an interesting movie. You can find out a little more about it on the filmmaker’s Kickstarter page.

Here is what happened at Macworld Expo in 1997 when Steve Jobs returned to the company.