If your iPhone has a data cap you need this widget! 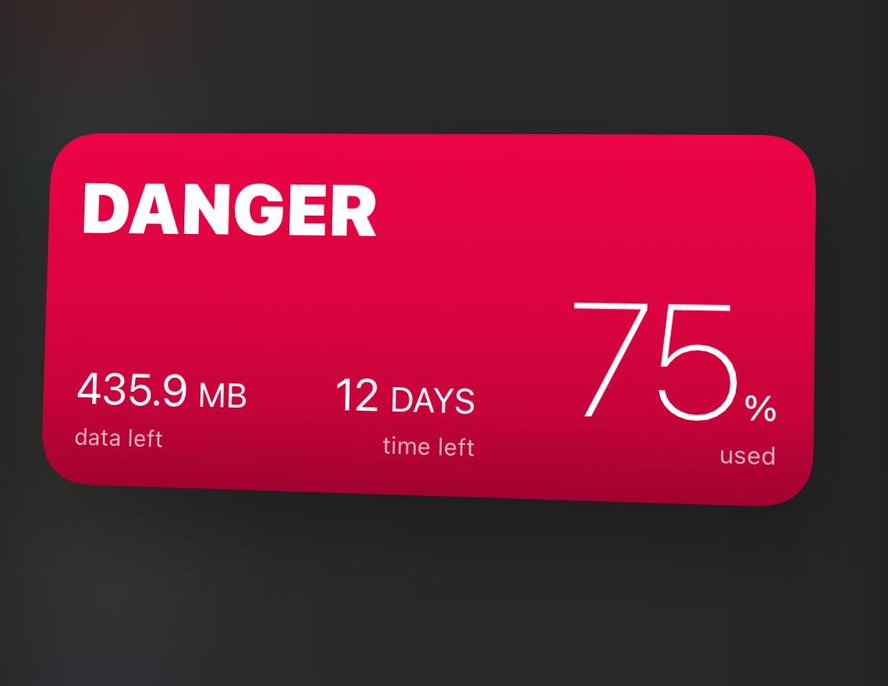 A useful app for many users

If your iPhone data contract limits the amount of data you can use each month then you’ll want to take a look at DataMan for iOS 14, which adds a useful data monitoring widget to your Home screen on iPhones and also on Apple Watch.

As wll as the new widget, DataMan uses on-device intelligence to predict if you’ll stay within your data cap, so you may never need to worry about breaking that cap again.

What people are saying

The application has some heavyweight supporters. Macworld calls it a “life-saver for users who don’t want to have to pay for data overages.” BGR has said it is as “gorgeous as it is useful”. Positive praise has also emerged from the New York Times, TIME and CNet, among many others. That’s a good track record.

So, what do we think? It’s a useful app that does the one job you need it to do really well: it helps you manage your mobile data and rescues you from unexpected bill shock – though a pro subscription costs 99-cents.