Do one-in-five iPhone users already have an Apple Watch? 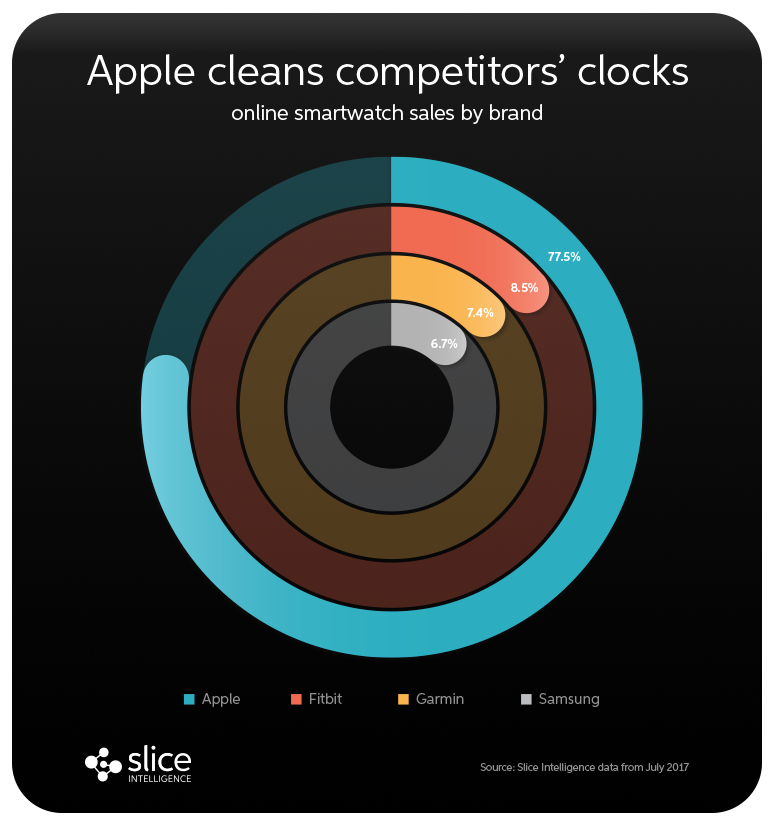 Slice Intelligence has analysed its panel of 5 million online shoppers to find that one in five iPhone buyers have already purchased a smartwatch online, 15 percent bought an Apple Watch – and two thirds of all online smartwatch sales are of Apple Watches.

Now, I can’t confirm or deny these claims, but they do suggest that Apple’s seen some success making the Watch an essential extra item for iPhone users.

The research shows that Apple accounted for 77 percent of online smartwatch sales among the big four smartwatch brands: Apple, Garmin, Fitbit, and Samsung.

Tomorrow’s world will be nothing like today, of course, and it seems that tomorrow’s tech buyers are already turned onto the Apple way.

Interestingly, it looks like Samsung is the brand for old timers, with the Samsung smartwatch most popular among Generation X and Baby Boomers. And most smartwatch buyers are men, though the exception to that rule is Fitbit, whose buyers are over 60 percent female.

It will be interesting to see if Apple’s continued focus on health and fitness for Apple Watch, and an LTE connection, will attract more non-male consumers to purchase an Apple Watch – though perhaps the design will need to mutate a little before it does.