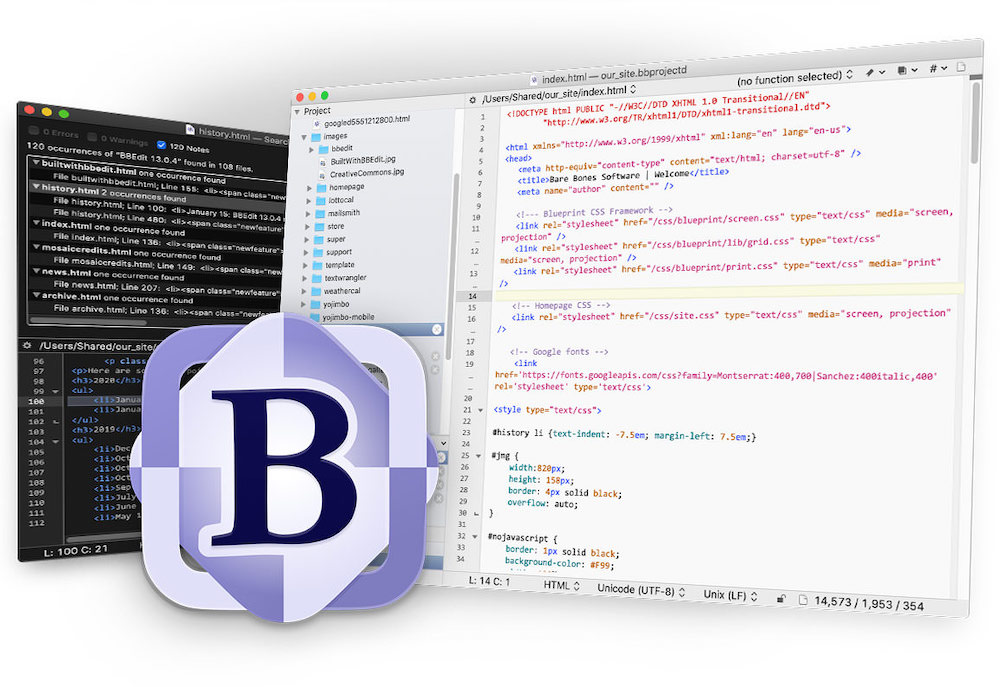 Bare Bones Software has introduced the latest version of its its professional strength text and code editor, BBEdit 14.0. The latest update builds on everything that made BBEdit 13 great, and confirms the longstanding reputation of the excellent product.

“BBEdit 14 is better than ever and provides something new for everyone,” said Rich Siegel, founder and CEO of Bare Bones Software, Inc.

“The new built-in languages, as well as features enabled by LSP support will significantly improve life for developers. Data scientists have lately become a large and enthusiastic set of BBEdit users, and we’re delighted to show them the love with built-in R and Anaconda support. And of course, Notes are a win for everyone.”

Thanks to LSP, developers will enjoy new tools such as language-specific text completions and improved Find Definition, as well as new code-navigation features, built-in highlighting of errors and warnings, and support for language-sensitive document reformatting.

The new Notes system lets you save almost anything to a note within the BB Edit environment, and notes can be as long or as short as you like.

BBEdit 14 also makes it easy to create notes from any convenient source, including selected text in other applications via the macOS Services feature.

BBEdit offers a 30-day trial, after which it will continue to run in a slightly more limited mode. It requires macOS 10.14.2 or later (macOS 10.14.6 or later recommended) and is fully compatible with macOS 11 Big Sur