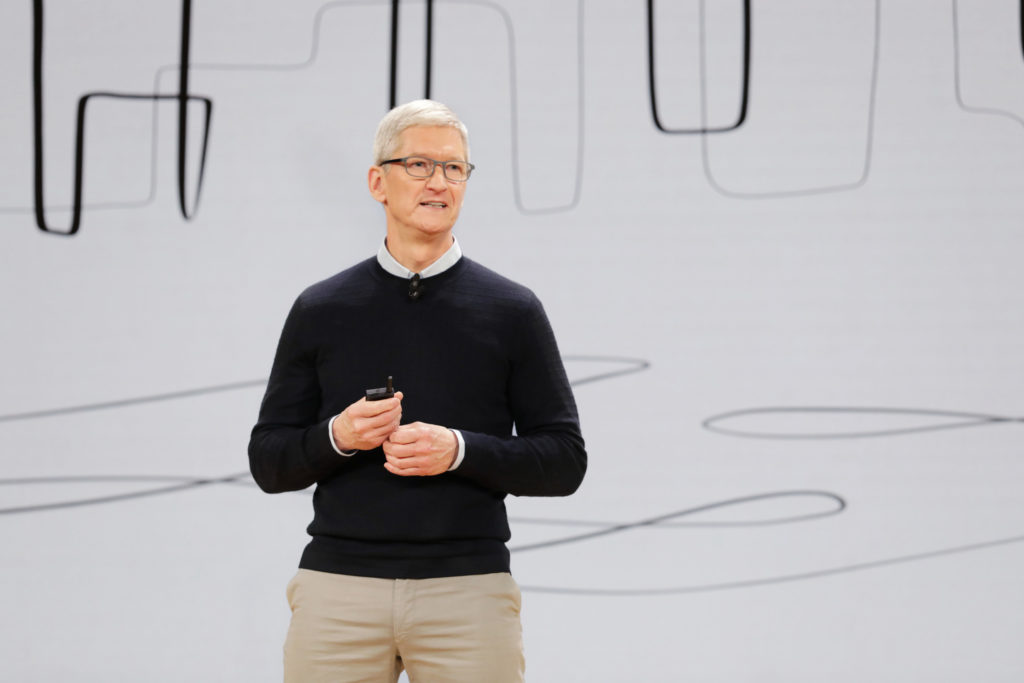 The Apple boss earns an estimated $4,300 during a one-hour keynote.

Including salary and bonus, Apple CEO, Tim Cook, was being paid around $73 per minute during 2017 – up 47 percent on the preceding year.

His compensation consisted of a $3 million salary along with $9.3 million in bonuses, Apple confirmed in its recent regulatory filing. That’s a total of $12.3 million.

Let’s think about that:

$12.3 million works out to be around $35,068 per day. That’s a big chunk of cash. Interestingly, the average income of people with doctorates is around $81,400 per year, according to the U.S. Census Bureau as cited by Wikipedia. In other words, Cook earns around twice as much as someone in the U.S. with an advanced degree earns in a year in just a week.

Factor in weekends, vacations and public holidays, and Cook earns more than that. That means Cook earns just about as much in an hour as the average worker in China earns in a year, (the International Labour Organization claims Chinese workers earned around $4,755 a year in 2012).

Cook’s earnings are certainly high enough that his success contributes to raising average global income. The median annual household income worldwide is $9,733, and the median per-capita household income is $2,920, according to Gallup. Cook therefore earns in a day what four households across the planet live on for a year.

Break it down again, and you’ll see Cook earns around $73 per minute of every day. That’s 73 times what his predecessor, Steve Jobs, used to take as his salary from Apple in a year. (Jobs famously earned a dollar a year leading Apple.) That’s up quite considerably since 2011, when Cook took $900,000 in salary.

It also means that if Cook is working and drops a dollar on the ground it’s cheaper for him to leave it there than to squander three seconds (about $3.65) it costs in the time it would take to pick that dollar up.

That’s not to say Cook isn’t earning his keep.

A famously hard worker, Cook has managed to lead the company into launching numerous new products, he has successfully built the business up into new industries, and extended partnerships into new sectors.

While doing so he has also managed to stand for a variety of values that really do matter, and his company continues to do better than most in terms of addressing the gender pay gap, avoiding use of conflict minerals, protecting the environment, standing up for customer privacy as much as possible, and keeping customers really, really happy (most of the time).

It’s inarguable that Cook has hit a home run in almost every business metric that matters: market capitalization has more than doubled, share price tripled, profits have surged and the cash the company has to play with is enough to put free health care provision and/or education into multiple countries.

The power of teams

Of course, it’s not just Cook who achieves this. I think he’d be the first to admit – I think he’d be proud to say it – that Apple’s success reflects a huge team effort across all its tens of thousands of employees. From directors to gardeners, engineers to front-end retail staff.

So, how does Cook’s compensation compare to others across the company?

A look at Apple annual salary estimates at Indeed.com suggests the scale of it: at the high end you look at c$150,000 for engineers and at the lower end you seem to find salaries of around $30k.

Those salaries don’t include bonuses, so it’s not fair to read too much into them, but it does seem noteworthy that this means Apple’s top executive is potentially earning more in a day than his lowest paid professional workers earn in a year.

Of course, it’s important to value aspiration and find ways to motivate that drive to success.

As above, so below

I don’t have any particular point to make here. I accept both the need to motivate senior company leadership, and also the need to move toward fairer wealth distribution on an international basis. I think they are both the same challenge — a challenge of leadership. And of ourselves: Do we demand our leaders focus on the good of the many, or only that of the few?

Where you stand on that matter is your decision.

That’s not a particularly fair comparison, given that many cobalt miners aren’t getting paid at all.

It is, of course, to Cook’s credit that one (of the many) things he is doing is trying to apply Apple’s market muscle to improve the lot of those who are – technically, economically and practically – truly at the bottom of the Apple food chain. Perhaps it’s time for a kite-mark scheme to help consumers identify those products that contain more ethically mined cobalt? Launching such a scheme would probably drive even more iPhone sales, after all. (Given Apple’s one of the few big smartphone makers to really apply itself to this problem).

Disclaimer: There’s lots of estimates and older statistics in this report. I’m quite happy to change any data for more up to date information if provided.