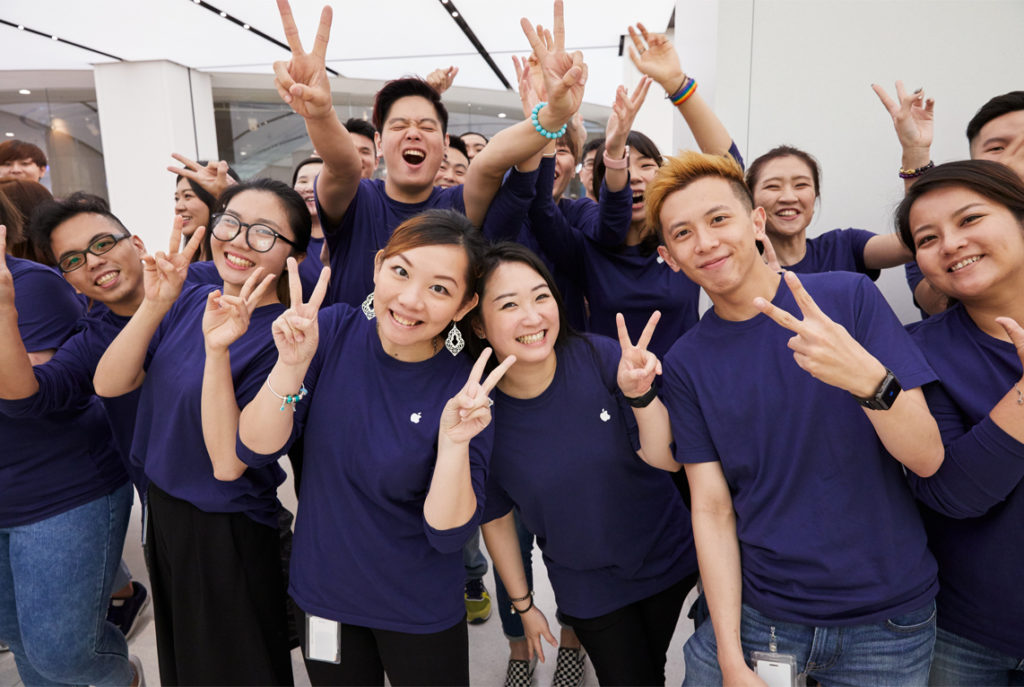 I’m not sure the guy bottom right got that victory sign quite right.

Digitimes tells us that smartphone sales in Taiwan hit 490,000 units in April after five consecutive months of decline. Apple was the top vendor in April in terms of shipment volume, the report claims, saying iPhones took 22.6 percent of Taiwan’s smartphone market.

No wonder it opened a retail outlet in Taiwan last year. Here is how its top five competitors compare:

When it comes to money, Apple once again led the industry.

Its 22.6 percent of Taiwan’s total smartphone sales meant it grabbed 51.6 percent of the value of smartphone sales in the country. Samsung took 17.5%, Sony 7%, Oppo 6.7%, Asustek 5.4% and HTC just 3.9 percent. That statistic makes it crystal clear that most Apple competitors in Taiwan are competing on price.

If price mattered to consumers, you’d expect to see some low-cost smartphones in the top ten sales lists, but instead you find that list dominated by more expensive devices, with five of the top ten devices being Apple iPhones. The top ten best-selling smartphone models in Taiwan in April (with sample online local prices) are:

It remains pretty clear that smartphone consumers want the best and will more or less ignore the rest. How can volume sales be a sustainable business in a price competitive space?