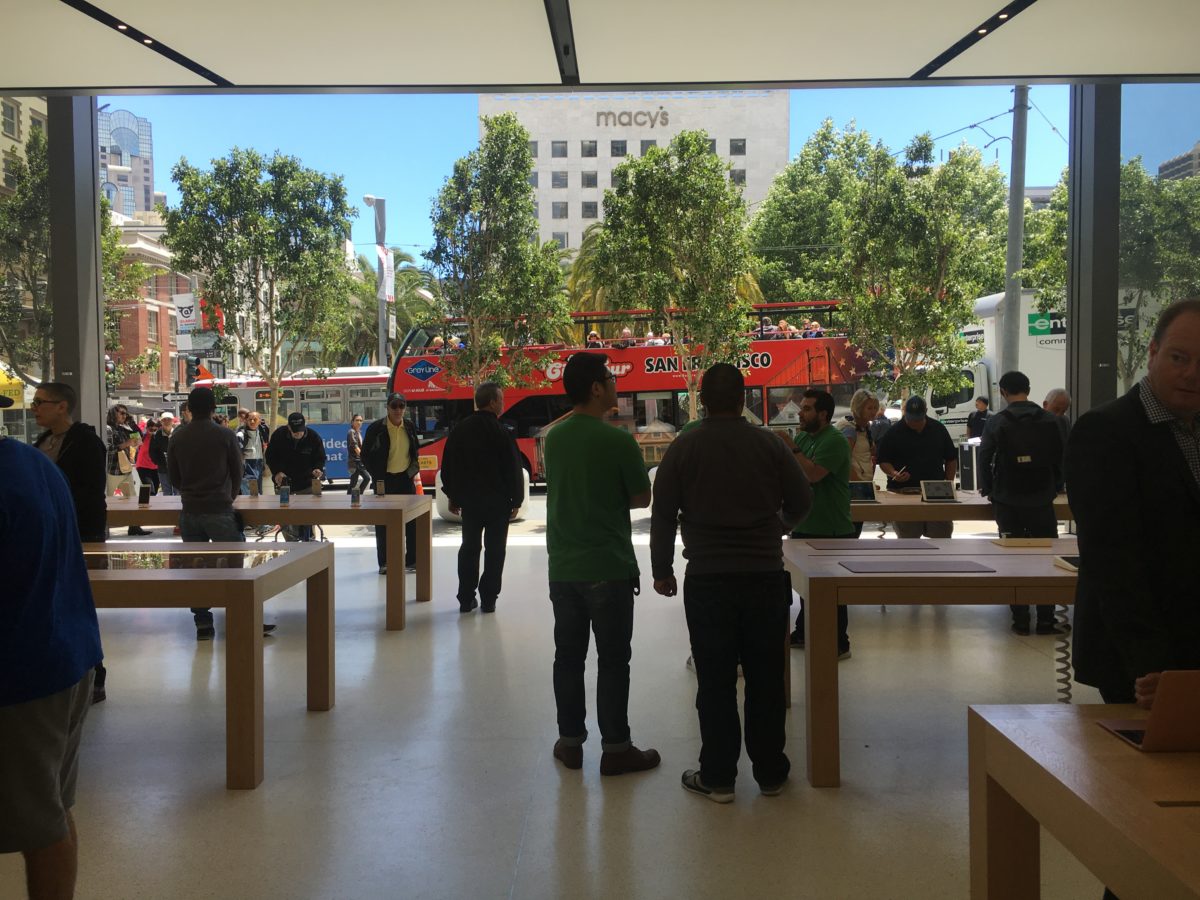 With the 40-foot doors open this is how it feels when you look out at Union Square from the lower floor.

Apple this morning announced plans to reopen its flagship U.K. store on London’s Regents Street. The store – the first Apple opened in Europe – will welcome its first visitors on October 15, the billboard outside the building declares.

The Apple shop has been closed for months while the company redesigns its location to be more in keeping with its new retail approach as first unveiled at Union Square, San Francisco (above).

More information concerning upcoming in-store events is available here. The company is likely to hold a pre-launch media briefing before the public unveil, where it will likely discuss its emerging omnichannel retail strategy in more detail.