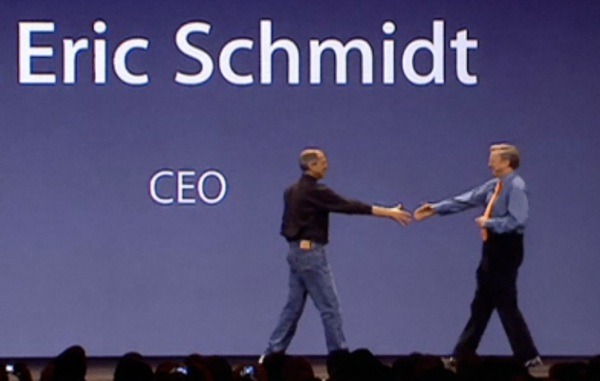 The foreman of the jury who decided Apple’s recent case against Samsung says:

“If you really feel that Google is the cause behind this, as I think everybody has observed, then don’t beat around the bush. Let the courts decide. But a more direct approach may be something to think about.”

Actually, I agree with this one, and can’t really figure out why Apple hasn’t done this already — is there something we don’t know?

Of course, Google gives Android away for “free”, so it’s difficult to sue for anything other than damage to Apple’s business — but surely Google makes a good income from the ads it infests inside the OS and the data it collects? In which case, perhaps there’s cash to be made in such a lawsuit after all? It may be worthwhile Apple taking the gloves off in its battle with its former “friend”.

UPDATE: Proving I guess that whenever anyone thinks Apple must do something it does something different, Apple and Google appear to have settled their differences with a joint agreement not to sue each other over Motorola Mobility — but this may not mean Google is in the clear and may simply relate to clearing the decks for Lenovo’s purchase of Motorola.