Apple makes mobile health records a reality for US veterans 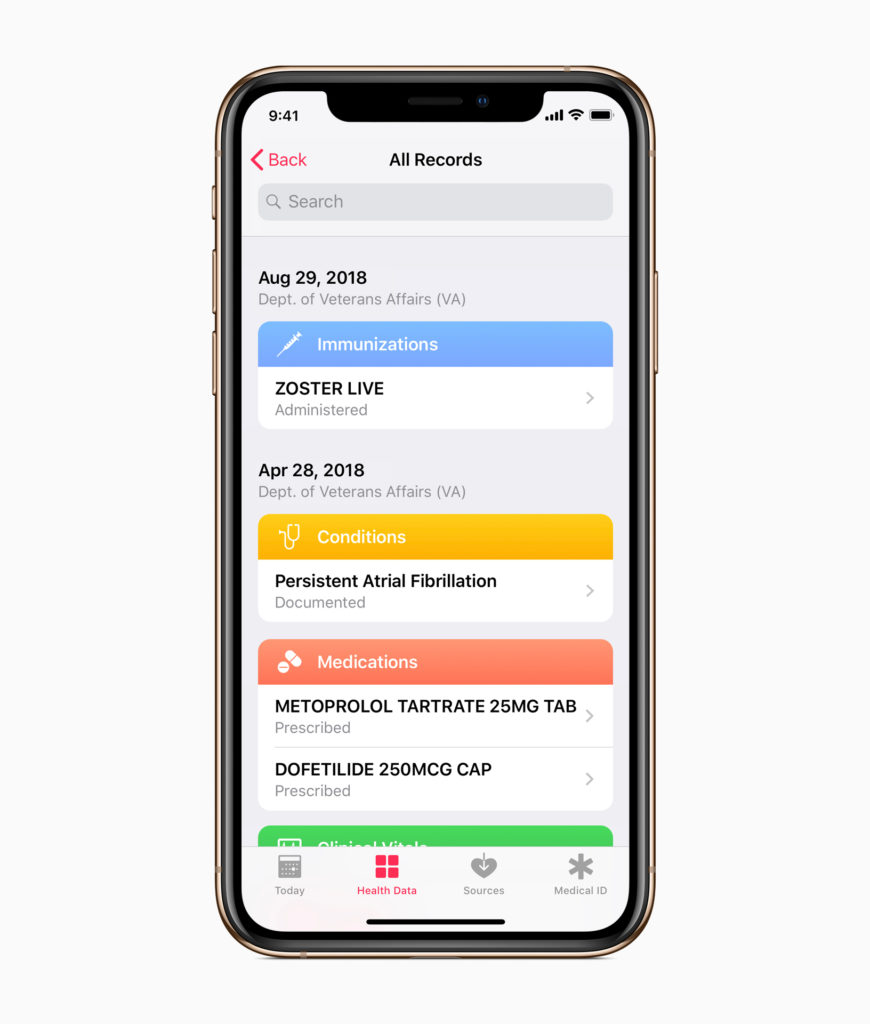 Apple has reached a deal that means millions of U.S. veterans will soon be able to access their Health Records using their iPhone, the company has announced.

Health Records on iPhone will be the first record-sharing platform of its kind available to the VA, which is the largest medical system in the United States providing service to more than 9 million veterans across 1,243 facilities.

“Our goal is to empower people to better understand and improve their health, enabling them to view their medical information from multiple providers in one place easily and securely,” said Kevin Lynch, Apple’s vice president of Technology.

Apple is working with the US Department of Veterans Affairs (VA) on this project, which means veterans receiving care through the Veterans Health Administration will be able to access all their Health data on their phone.

This may be part of a $16 billion overhaul of veteran health records in the US. It is also interesting to note that the current UK government is also figuring electronic health records of the serving military.

Apple opened its Health Records APIs to developers in June 2018 in its attempt to offer solutions to help better manage such things as medications, nutrition plans, or diagnosed diseases.

A complete list of medical institutions that support Health Records is available here.

There’s a need for trust in the sector.

The U.S. administration recently said it will require doctors, hospitals and insurance plans in federal schemes to provide medical records and claims in a digital format by 2020.

This follows some high profile cases in which electronic health records companies have been found guilty of various forms of misconduct.

That study characterized Apple’s big challenge will be to to show that the app is “useful, sustainable, scalable, and actually improves health outcomes.”

Apple quite clearly hopes the new association with Veterns gives it the chance to prove just that.

“When patients have better access to their health information, they have more productive conversations with their physicians,” said Jeff Williams, Apple’s COO, saying he hoped this would help improve the healthcare outcomes for veterans.

“We have great admiration for veterans, and we’re proud to bring a solution like Health Records on iPhone to the veteran community,” said Tim Cook, Apple’s CEO. “It’s truly an honor to contribute to the improved healthcare of America’s heroes.”