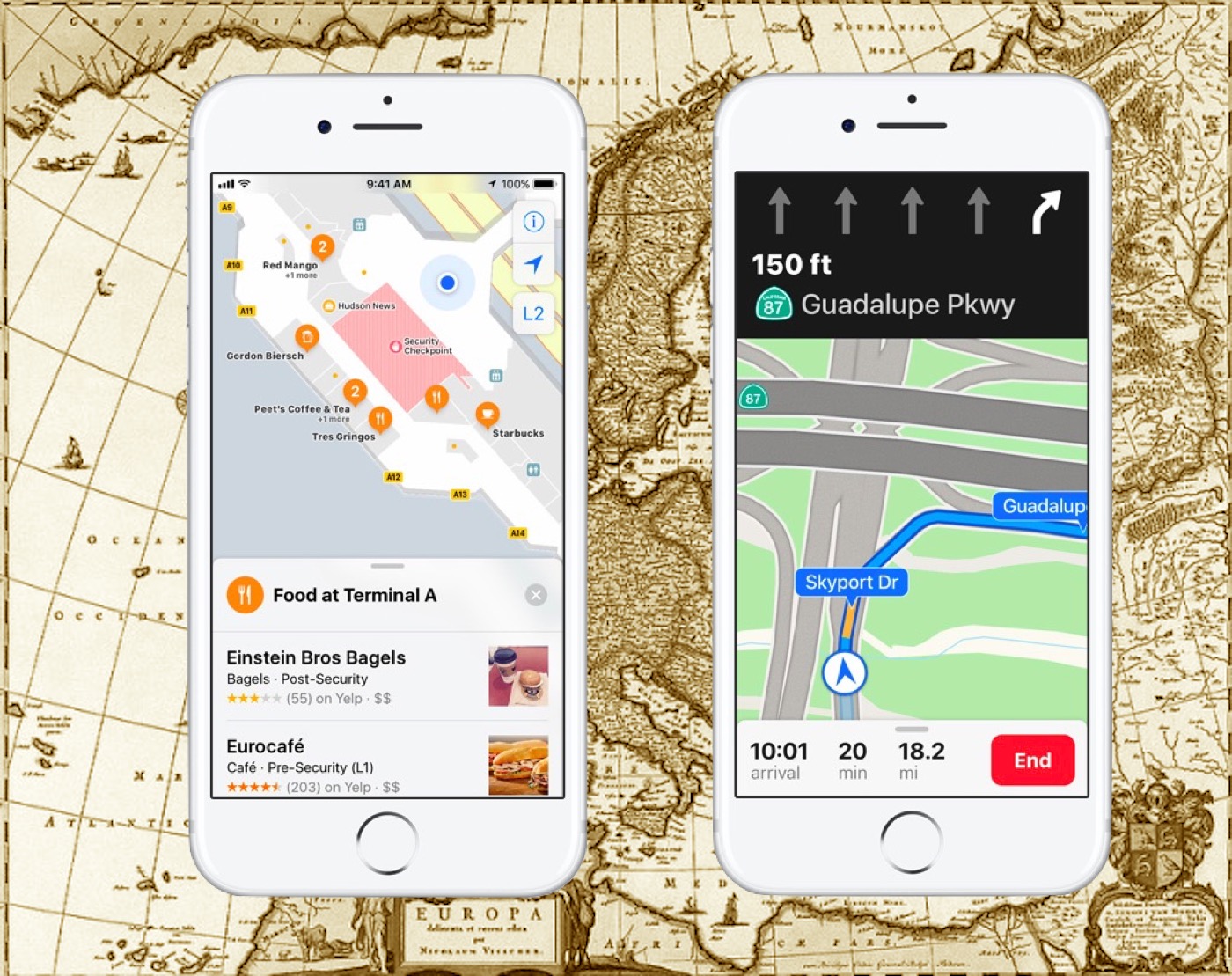 Continuing the chase down of new and improved iOS 11 features, it felt like time to take a look at Apple’s rapidly-improving (I don’t think we’ve seen the last of these enhancements) Maps app. Has this improved in iOS 11? Yes, it has. Here are a few highlights:

An improvement so cool Apple didn’t even announce it, we looked at this earlier in the week, but try it now: Tap New York in a Maps search and then choose Flyover and off you go.

Lane guidance and speed limit indicators will be made available in Maps in future. Maps will now let you know which lane you need to be in, while speed limits are slowly being woven into the app, starting in the U.S. and only for certain roads. Do Not Disturb While Driving is another useful feature – when enabled your iPhone will enter Do Not Disturb mode when it sense you driving and block notifications so you keep your eyes on the road.

Apple has introduced indoor maps for some locations, principally places like public transit stations and malls. These are quite informative, the idea is that you’ll be able to use Maps on your iPhone to get to different shops, food outlets and departure gates. You can also nip between floors.

The company’s only getting started on this, right now you’ll only find indoor maps for Boston, Chicago, Los Angeles, New York, Philadelphia, San Francisco, San Jose, and Washington, D.C. in the U.S., and London, Hong Kong, and Tokyo. The number of airport maps and countries covered is slightly higher.

This is neat: When you get directions to go to a place you still get put inside of navigation view – but you’ll see the words ‘Tap for Light Guidance’ at the top of the display. Tap this and you move into a bird’s eye view which lets you see the big picture of where you are, and can return to the more in-depth view whenever you like.

Zoom in on Maps

I’m thinking most Maps users know it’s possible to zoom in on the Map using pinch gestures, but iOS 11 introduces an all-new way to zoom in: Just double tap the Map and keep your finger pressed onto the display, move your finger up and down the screen and you should see the Maps image zoom in and out.

Something for iPad users you can now drag-&-drop locations in Maps when you are in Split Screen. Writing an email? Just open Maps and get the location you want to share and drag it and drop it into your message.